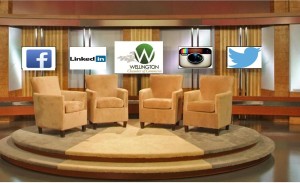 On this month’s episode, we will be discussing the topic of

“TO FRIEND OR NOT TO FRIEND?”

Christina Rowe is an Author, Speaker, Internet Marketing & Branding Specialist and the founder of Stand Out! Media Group. She is also the founder of the South Florida Business Owners Networking Group, with over 13,500 members. Using the techniques and strategies from her online courses, Social Media Mastery and Stand Out! on Linkedin 2.0.,Christina shows how to zoom in and target your ideal clients on social media and build profitable groups and connections that convert into new business and sales. Christina is a respected and sought after media guest who has appeared on The Morning Show with Mike and Juliet,CBS 4 Miami, NBC Miami, Channel 7 News, Fox 29 in W. Palm Beach, WXELTV in Boynton Beach and was featured in the Sun Sentinel and Palm Beach Post and many other publications and radio shows across the U.S.  To learn more about Christina, visit www.standoutontheweb.com

Heidi Richards Mooney has been networking online since early 2001 (before Facebook). She is an author, social media strategist and content creator for several clients. Heidi provides full and half-day trainings to help corporate employees – to leverage social media to get more done in less time and add to their bottom line. Her presentation, The State of Social Media shows audiences how to maximize their time on social media, leverage social media to drive traffic to their websites and add to their bottom lines. She offers one-on-one coaching for women who want to maximize their time and leverage Social Media to grow their businesses!  Her book Quirky Marketing Calendar is in its 9th edition. She is also the author of twelve word press blogs and writes for dozens of others. Heidi has interviewed thousands of experts on Social Media Around the World.

In 2003 Heidi was named one of 50 women shaping the Internet by the International Virtual Women’s Chamber of Commerce. In 2009 she was named a Twitter Woman to Follow by Only2Clicks.com. In 2010 Heidi was named Media Leader of the year by the Fort Lauderdale Chamber of Commerce and Social Media Leader of the Year by the South Broward of the American Business Women’s Association. In 1994, The Mayor of Miramar named June 26th, Heidi Richards Day and in 2003 she was inducted into the Broward County Women’s Hall of Fame. Just last week, Cision (the Public Relations Software Developer) named Heidi one of 50 Rich Media Influencers to follow in  2015!

You can learn more about Heidi at www.RedheadMarketingInc.com

Wellington Chamber companies will have an opportunity to have their “commercial” broadcast during the talk show!

(Take it on your iphone, edit it on i movie or do it live – your choice!)

ONLY A FEW SPOTS LEFT!

ALL COMMERCIALS MUST BE CONFIRMED BY FEBRUARY 2

* Please call the Chamber for details and to secure your spot!!