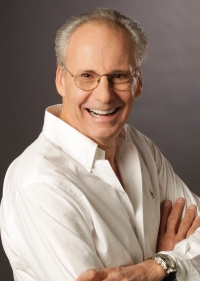 “Success By Default- The Depersonalization Of Corporate America” Forbes Magazine book club review said, “This book belongs on the desk of every CEO in America.”

“Where Did My America Go?” Listed as #6 on the Amazon bestseller list. New York Post columnist Steve Dunleavy said, “My only regret is that I didn’t write it.”

Selected among others as 2006 Time Magazine Person of the Year.
Guest appearances on over 350 national radio and television programs Including ABC, CBS, NBC and others.
A FOX News and FOX Business News, special guest, Michael appears with Neil Cavuto and other FOX News hosts.
He has appeared as a panelist on the Fox Business News show The Mangru Report.
He is a member of the Board of Directors of the Florida Atlantic University College of Business, an active member of the Forum Club, World Affairs Council and Economic Forum.

Michael Solomon is known as the speaker who leaves his audiences laughing, inspired, and begging for more. As a business consultant and coach he has helped many entrepreneurs large and small take their businesses beyond the next level.

* Please RSVP*. This event will sell out.
Walk-ins and late arrivals will not be permitted due to space and speaker requirements* THERE WILL BE NO REFUNDS FOR LATE ARRIVALS!